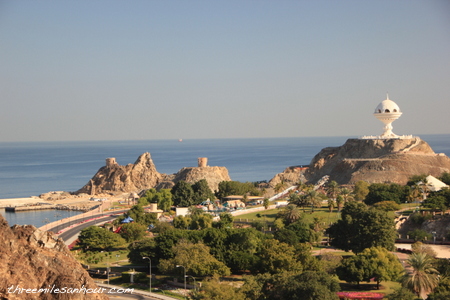 Ok, we’ve been here for about two and a half weeks now, but we’re officially here in blog world. It’s been plenty of time to learn a few things about the place and to start exploring some of the hidden spots nearby.

Three Things I Have Learned About Living in Oman So Far

One of the things I am most excited about doing in Oman is exploring the natural wonders it has to offer. There are wadis that need hiking, dive sites that need visiting, and sand dunes that need Jeeping. So much to do! My best Christmas present may have been this stack of books and maps about Oman. I am dying to start working through them! 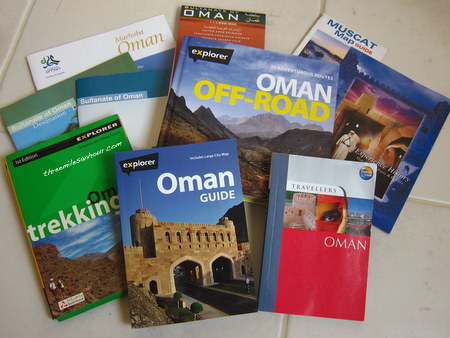 We have been flat hunting on the weekends, so we haven’t had a lot of time to get out and about yet, but we did manage to sneak in a little hike in the city last week and it was beautiful. We saw incredibly dramatic scenery and stopped to watch lots of little creatures going about their days. Plus, we had the whole place to ourselves. Without anyone else around or any sounds from the city, it felt like we were in the middle of nowhere and yet we were still home in time for lunch. 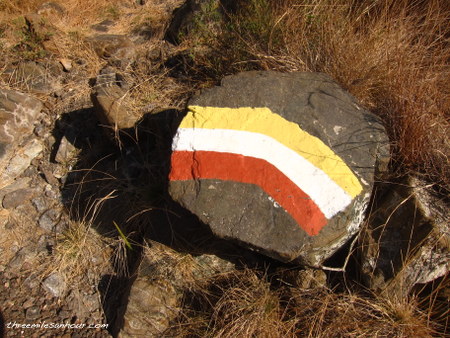 I’m quite impressed with how well marked the trail was. It’s obviously maintained regularly so you know where you’re headed, which is pretty helpful when all the rocks tend to look the same (I’m sure the geographers out there would readily disagree, however). The trail we took was C38, from Riyam to Mutrah, for anyone who might want to visit. You can get a free printable map here from the Explorer guides (along with all their other trekking maps!).

This is a pretty short hike (2.5km/1.6miles), so it was perfect for something quick in the morning before it got too hot out (though it’s such a nice temperature right now it would be fine any time of day). It would be particularly stunning in the evening with that magic orange light on the rocks, and it would be easy to get out again before it got too dark. I’d love to do it again that time of day.

The trail starts with a pretty respectable climb up an old market path (which, according to the sign at the beginning, has been trodden for the last 5,000 years) with some good views behind you of Mutrah (the photo at the beginning of this post), then it descends into an open valley where you can see the remains of an old, abandoned village (or, as Eddie Izzard would call it, “a series of small walls“). 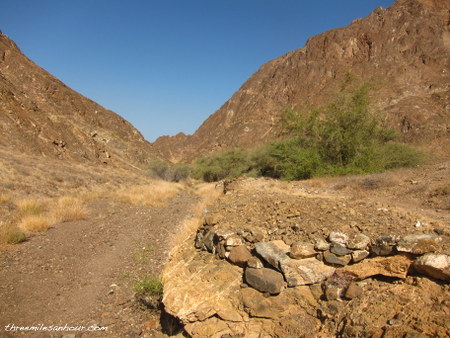 The village is to the right of me in this photo so you can’t really see much. On the left is the dry riverbed where the water runs down during the rains.

There isn’t much of the town remaining, but you can see the irrigation system they used (called a falaj) to pull water out of the canyon (called a wadi) when the rains came and the river flooded. These systems are quite clever pieces of engineering because they are so simple: rocks make a track for the water and other rocks divert it depending where you need it to go. A handy system when you have a lot of rocks kicking about. 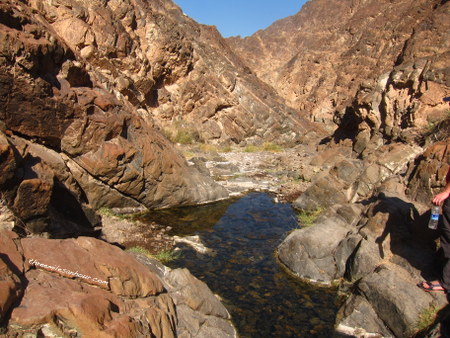 The last leg of the walk is a leisurely scramble down the wadi itself, and around the few little pools that haven’t dried up yet from the last rains. This is where we saw the most life, as you’d expect. We spent quite a while watching all the strange creatures in the water. The weirdest one was a little orange beetle about the size of a 50p coin that stayed under water and swam like a frog. We thought it was a fish at first because of its color and movement, and we tried to chase it down to get a good photo but, alas, he would not cooperate. Here are a couple of shots Chris got of other critters around to make up for it: 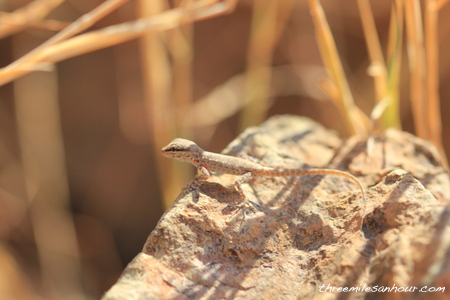 This dude was absolutely tiny. It’s hard to see the scale in this photo, but from his nose to the point of his tail there’s no way he was longer than my pinky. 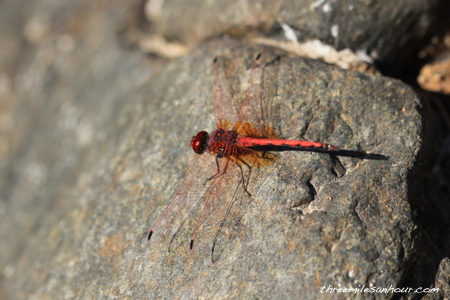 The dragonflies around were absolutely brilliant. There were lots of these pink ones and some sapphire blue ones too. 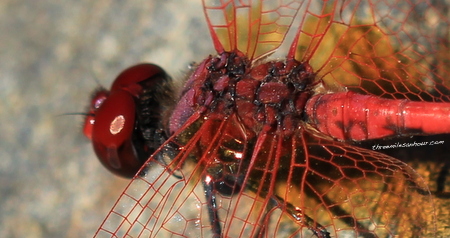 With the magic of Chris’ macro lens, you can really see how intricate these creatures are up close. His thorax looks like a piece of jewelry inlaid with rubies. Such pretty little things!

It was a great little hike that took us about an hour and a half or so, even with all that stopping to ooh and ahh over tiny little things we enjoyed along the way. I’d definitely do it again and aim for those late afternoon hours when the light would make the rocks themselves centre stage. It’s amazing how much color there is in them. From a distance they all look pretty brown and boring, but up close there are so many great colors there: pinks, reds, oranges, greens, browns, dark purples, the works. It was impossible to get good photos of them in the flat afternoon light but believe me, they’re gorgeous!

Postcard of the Week

Speaking of color, I am way overdue in sharing the last postcard I sent! This gorgeous card is from the maker of the Secret Garden Colouring Book by Johanna Basford, one of the best colouring books out there for adults. Yep, that’s right, I said adults. Coloring is not just for kids any more! I know I said last time I would talk about why I love coloring, but this whole move to another continent thing put me a little off schedule. I shall tell you all about it next time. I promise! 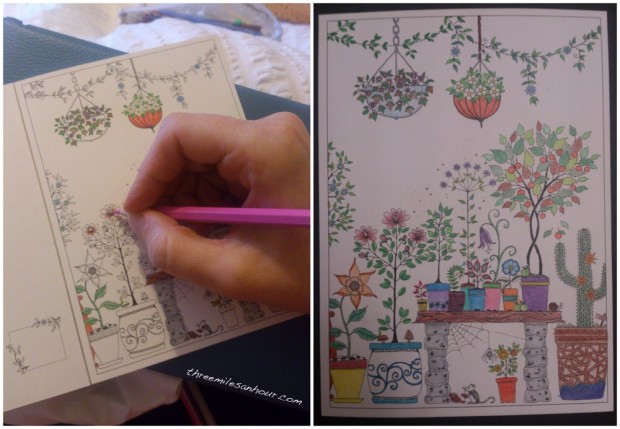 Want a postcard? Send me your details here and I will send you one soon!